Bookings are closed for this event.

Talking & Props, Fourth Edition, is a festival of performance works dealing with language in relation to specific movement practices – as material and sound, or as a song or a spoken narrative. As an in-depth study of the vocal technique growling, a polyphony of voices exploring voice beyond speech, a chaos poetic dream song and a slowly evolving subtle conversation amongst a ring of listeners.

Talking & Props is a companion to the movement based practice initiated by Weld Company since 2013, inviting choreographers to create work with the theme ”No Talking, No Props”. 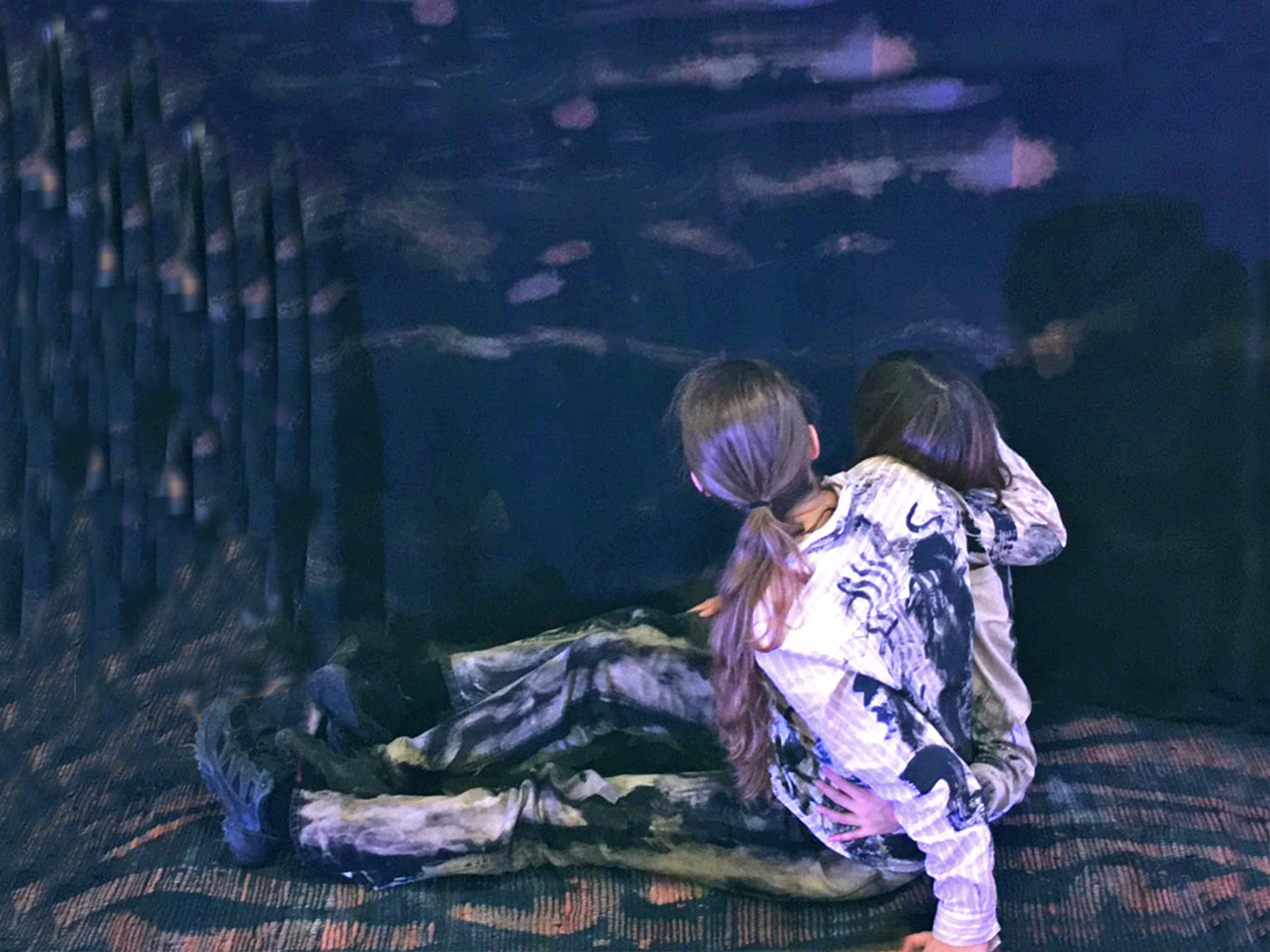 Ever losing is a duet that moves within broken time, re-entering past experiences in order to live with current losses.

With a background in choir singing and a shared interest in working with voice practices, Olivia Riviere and Lisen Pousette’s work departs from growling: a dark and aggressive male-coded vocal technique used in music styles such as death metal and grindcore. By breaking away from the stereotypes of metal music and its aesthetic clichés, the sound is twisted into relational images such as the hug, holding hands, dancing cheek to cheek – all elements of duality, twosomeness, friendship and lesbian love.

The idea of the broken permeates the piece, whether it is broken language, broken time or broken as in being indebted.

When death takes something from you give it back. – Naja Maria Aidt

Ever losing resists moving on or getting through. It stays at the site of loss and keeps returning to the loser’s, the broken one’s, position while listening to the sound of broken bodies.

Or, it is just two losers dancing in the break.

Weld is supported by Stockholms stad, the Swedish Arts Council and Region Stockholm